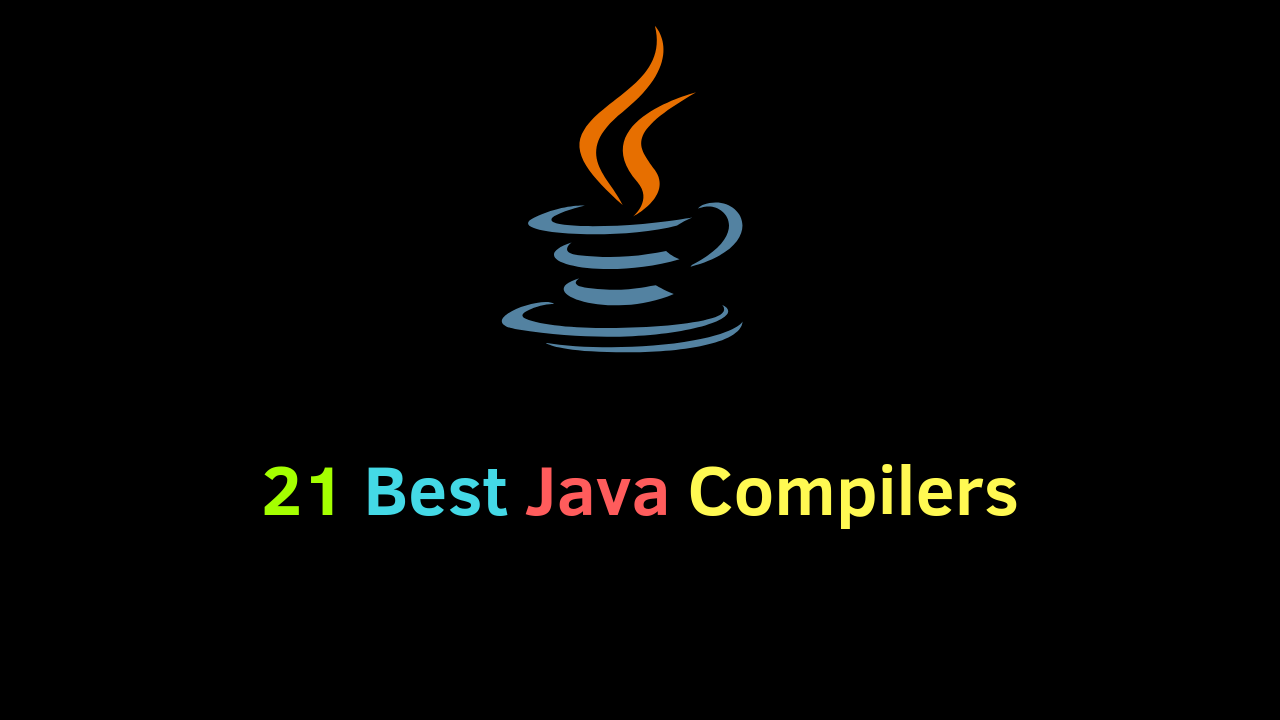 Right now we will tackle all about the best Java compiler that can be used either offline or online.

By using these pieces of software you are making your Java coding and compiling much easier and fun to do.

The great thing with these compilers is they are mostly free!

So let us start listing them down…

A great way to compile Java codes in a free and quick manner.

Most people want to use open-source software for the reason that they would not want to spend much especially on compiling the simple programs that they use to create.

The good thing with this compiler is that it can accommodate other types of programming language too such as C, C++, and PHP.

Another advantage is it can run on different operating systems which is a good thing because you will not have any problems at all in installing it whatever platform you are using.

There is no other spectacular way than compiling Java codes in a compiler that is made from Java too!

This is one of the most sought IDE compilers in the recent years and many developers use this compiler to compile their codes of the Android apps and games that they are creating.

What we also liked about this compiler is that it can be integrated with a lot of other platforms as well such as CVS, XML, Git, PydDev, Mylyn, and Maven.

That integration feature will help developers to meet their goals in creating apps and games without any hassles which will give better results.

If pure Android development is what you are looking for then IntelliJ Idea is the real deal.

This compiler is composed of two editions which are made depends on the preference of the user. The two editions are:

Best for the Google conservative developer as it the apps and games that are made in this compiler can be easy to integrate on the Google Play Store.

The great thing with this compiler is that it can guide you all throughout your coding and editing of your codes. Its debugging features are also topnotch to ensure that your program is on the right track.

The best thing with this compiler is because it is Google based on the integration of your app on other products of Google becomes easier.

If you are always having syntax errors then this is probably the best compiler that you can use because of its syntax highlight and correction suggestion feature will make everything easy for you!

This is probably the best compiler to use if you are a beginner because it is very user-friendly. Its GUI will not give you a hard time familiarizing on how to code properly.

A lot of newbie programmers uses this compiler as a stepping stone before they move on to many complex compilers.

It has an NPM support too and other types of plugin support such as Github which will ensure that you are in the right track!

Java compiling everywhere you go because of portability.

BlueJ can be a handy Java compiler that is very good for people that are just starting out to learn Java.

This is a great alternative to Enid Studio because it has a lot of limitation such Java parameter and expressions can only be submitted but not compiled.

However, it is really great because you can use it even without the need for installation. It runs on an executable program even just on a USB that is why you can use it any time you want to.

Easy development process because of the Oracle Application Development Framework.

A lot of Java compilers can only accommodate Java and other basic types of programming languages that is why JDeveloper has a big advantage among them.

It has the capacity of accommodating a lot of markups, programming and a scripting language such as PHP, BPEL, JavaScript, HTML, and database-related languages such as SQL and PL/SQL.

Compile your Java codes whenever and wherever you are.

Most of the Java compilers are only applicable to be used on computers either desktop or laptops and it is rare to find a Java compiler just like Codiva that works even on smartphones.

Its auto-completion feature will save you a lot of time in coding because it will give you some suggestions while you are writing your codes.

This Java compiler has also one of the best GUI that is why you will truly enjoy coding with the use of this platform.

One of the most durable Java compiler and can support almost 70 programming languages.

This Java compiler is perfect for people who love to transfer from one programming language to another.

Although it has a major drawback is you have press compile every time you concluded writing the code. You have to switch back to the editor once you found errors on your coding from time to time because it has separate tabs with the coding details.

No limitations at all and allows you to submit network requests to outside URLs.

Although it is a much older compiler that only uses Java 8, its simplicity makes it a very good alternative to the much-known brands. It is a great compiler for you to use if you want to grasp the fundamentals in Java.

One way that it can help you is its capacity to support Applet which is one of the vintage features of this compiler.

As we can remember when Java is just starting out we used to work on Applets and this is where we learned a lot of knowledge that we have to today regarding Java.

If you are into online Java compiling this is definitely a must try because it gives you the privilege of switching from one widget to another.

The great thing with this online Java compiler is that multiple users can use it simultaneously without even experiencing any bugs.

It is a little bit old though and runs only on Java 8.

No hassles at all in editing the codes because it formats the codes for much-optimized run time.

It is also an online Java compiler which is very handy if you are making a complex app simply because of its built-in debugger that will help you lessen the effort needed to correct the code.

Although it is a little bit slow because it still uses Java 8, it is still one of the best Java compilers that you can find.

Basic functionalities and the ability to support 60+ languages is really amazing.

It is one of the earliest online compilers that supports Java, and it is really amazing even it is already outdated. If you are looking for a fast compiler then this is definitely for you.

Though always check your internet connection to ensure the efficiency and speed of the compiler.

Java compiler that is cloud-based is the next big thing. Refactoring and syntax highlighting features are one of the advantages too.

It is first released in 2012 which is probably 7 years ago and the developers of this IDE did a good job by making it competitive by adding new features.

It also has a user-friendly interface that will give you the privilege of using it with ease.

You can also use it to compile other programming languages such as C#, C++, PHP, and JavaScript.

This is a fast and reliable Java compiler for Windows and Linux.

The great thing with this compiler is that it does not use a JRE which makes its loading, debugging, and run time much faster compared to its counterparts.

It has two versions the free one and a paid one. The latter is much better because it has more features than the free version.

This is probably one of the best Java IDE if you are just a beginner with Java.

This is definitely one of the most reliable Java compilers for Mac OS.

Many of us prefer to use the Windows operating system when coding simply because a lot of us are familiar with Windows.

And your best choice, if you want to code on Mac, would probably this Xcode especially if you want those apps to specifically work on Mac.

The great thing with this compiler is that it has support for a lot of character encodings which is very crucial encoding such as Unicode and UTF8.

A lot of modern programmers use this compiler for their respective projects because of its syntax highlighting feature that can highlight an approximate of 200 languages.

A Java compiler with simplistic and very minimalist with great basic functionality feature.

Its interface can be compared to Adobe Dreamweaver but in a simpler way with a combination of Notepad ++.

Its user interface can be modified according to your preference such as inverting the background of the workspace to provide a much clearer code.

By using this compiler you can also utilize the space of your working environment by docking and undocking the toolbars for more pleasant viewing.

By using this compiler you are giving yourself a peace of mind that the occurrence of error will significantly be decreased.

You can use its syntax coloring feature and brace matching for you not to have a hard time checking the codes that you have written.
This is one of the best choices for lightweight Java IDE that you can have.

If you have not yet fully-mastered coding completely drag and drop functionality will get the job done for you.

It is also good for people that want to cut their coding time because by using a SnapCode coding time is lowered significantly.

The feature that helps you detect performance issues on your program.

This is one of the most complete Java compiler programs that is open-sourced.

It has the capacity to detect issues on your codes that make your program easier to debug and optimize.

This is last but not the least and probably can be considered best among the best for some.

That was a long journey! We hope that you have now an idea of what Java compiler to use depends on your needs and preference.