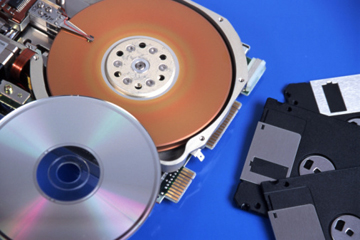 The Internet has become a central part of the computer experience. Before the Web caught fire in the late 1990s, home computing was largely a singular experience. Computer users created documents on a PC and saved those files to a hard or floppy disk, and maybe worked within a local area network at the office. File sharing usually meant walking a disk to another machine.

These days, computing is a Web-centric experience, and you perform many of your Internet tasks through software called a Web browser. That browser, which may be a program such as Firefox or Internet Explorer, helps you retrieve information from the Internet multiple times per day, integrate it with other online documents and share data galore with people all over the planet. Google is trying to reshape the computer experience by using its understanding of the Web to create the new Chrome operating system (OS).

Traditional operating systems, such as Windows, require a lot of hard drive space and demand some work on your part. You have to install the programs you want individually, manage OS and security updates and manage device drivers, too.

Google’s Chrome OS aims to overhaul that paradigm. With Chrome, the browser actually is the OS — in this case, the Chrome OS builds on the Google browser of the same name. In total, the Chrome OS is built on an open-source version of Linux and integrated with the Chrome browser, a simple media player…and that’s it.

Google embraced the concept of an ultra-simple, Web-centric OS in large part due to the huge recent success of netbooks. Netbooks are small laptop computers that are designed to let users access the Web, and not much more; they’re inexpensive and feature-limited hardware, and they aren’t built for high-powered applications like Photoshop, for example.

Unlike Windows, Chrome won’t be available as a download. It’ll be pre-installed by netbook manufacturers who adhere to Google’s hardware specifications. Chrome is designed to run best on solid-state storage systems as opposed to traditional spinning hard drives, in part because solid-state drives are less prone to failure, but also because they’re less spacious — remember, Google wants you to store your data online. And because the OS uses Web-based applications, you don’t need local storage for software, either.

It’s no accident that Google stresses the online aspects of Chrome. The entire Chrome project revolves around the cloud computing model. That fancy term simply means that all of your data and applications are stored online, in the “cloud,” so that you can access them from any computer, anywhere.

The company says this model will help it develop a better overall OS experience and focus on building an OS with improved speed, security and simplicity. By hacking out all of the non-Web related functions of a traditional OS, Google indicates these goals should be easier to achieve. And the company isn’t doing the design work alone. Because this is an open-source project (under the name Chromium OS), Google gets feedback from savvy software developers all over the world.

It’s important to remember that Google doesn’t intend for Chrome OS to be your primary computer’s operating system. Instead, the company sees a Chrome OS netbook as a secondary computer that you use once you’re done with the heavy-duty applications you use on a more powerful office computer.

Like most Google products, Chrome OS is free. That fact, along with the power of Google’s marketing and distribution, should grab your attention. Keep reading to see how Chrome might alter the landscape of computing as you know it.